While a mobile app name is not a guaranty for success, getting it right might add to or minus from your bottom line. “What’s in a name” you might then ask. A lot, I’ll tell you. For starters, it can throw potential users off, or it can pique their interest and engender further perusal of your app.

That said, it’s not as easy as it seems to choose an app name that can instantly relate the app’s functionality, still packing so much oomph in class and simplicity. And the fact that there are many other apps, both on Google Play Store and iTunes Store, makes finding a simple and proper name a tad difficult.

1. Think About Your App Holistically 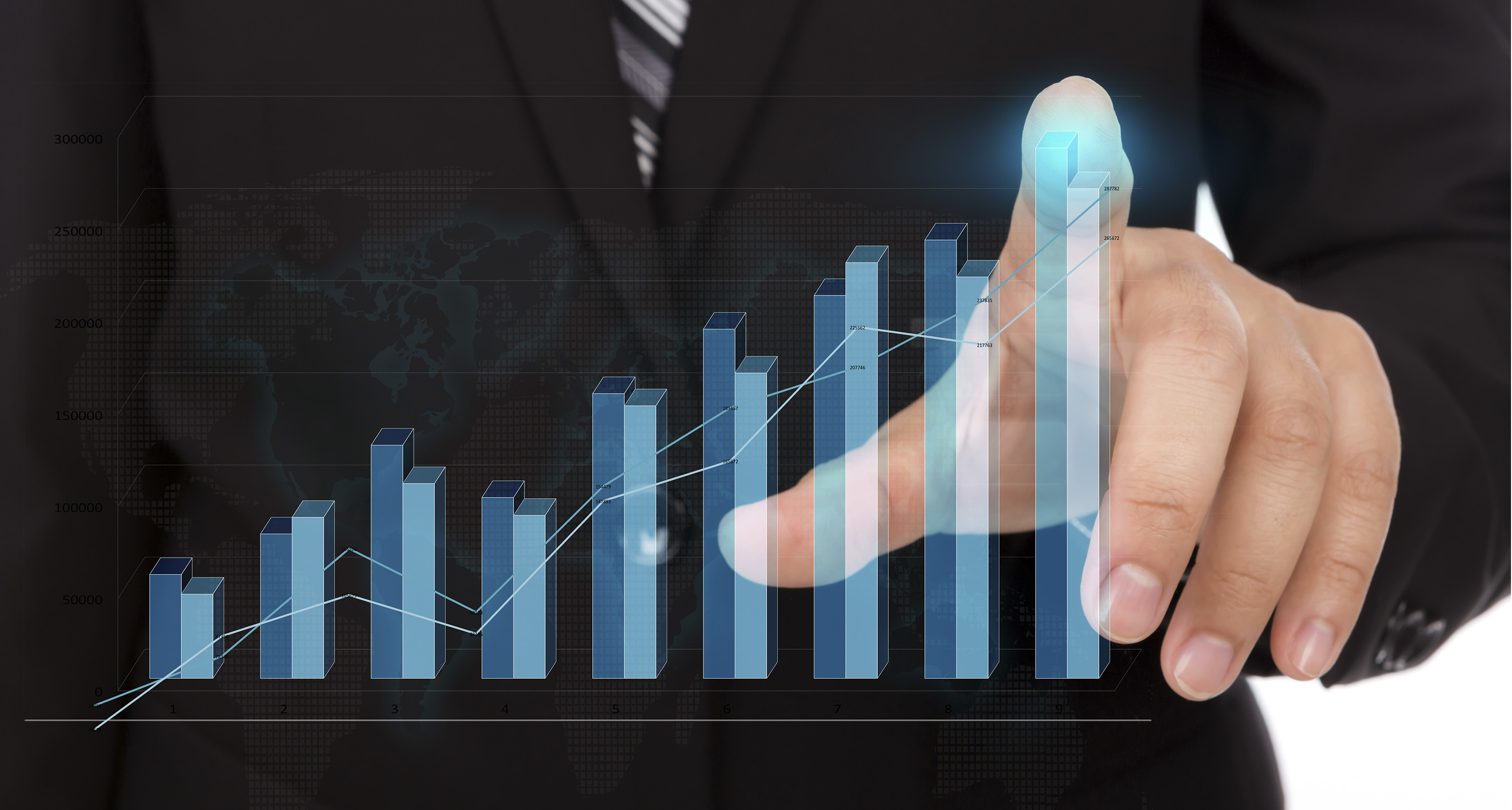 One of the things you should have in mind is a top-to-bottom look at what your app does from the perspective of your users, as well as from the perspective of its future growth. This will help you avoid the need to change your app name sometimes later because the chosen one has limited the app’s growth. In truth, your first release is usually a Minimum Viable Product (MVP), so ensure you’ve mapped out how the product will develop and possible features that can grow from its functionality. This stage will allow you to settle on your primary target audience and help you streamline your marketing in the long run as well as create Android or iOS localized app name.

2. Start With More Than One Name 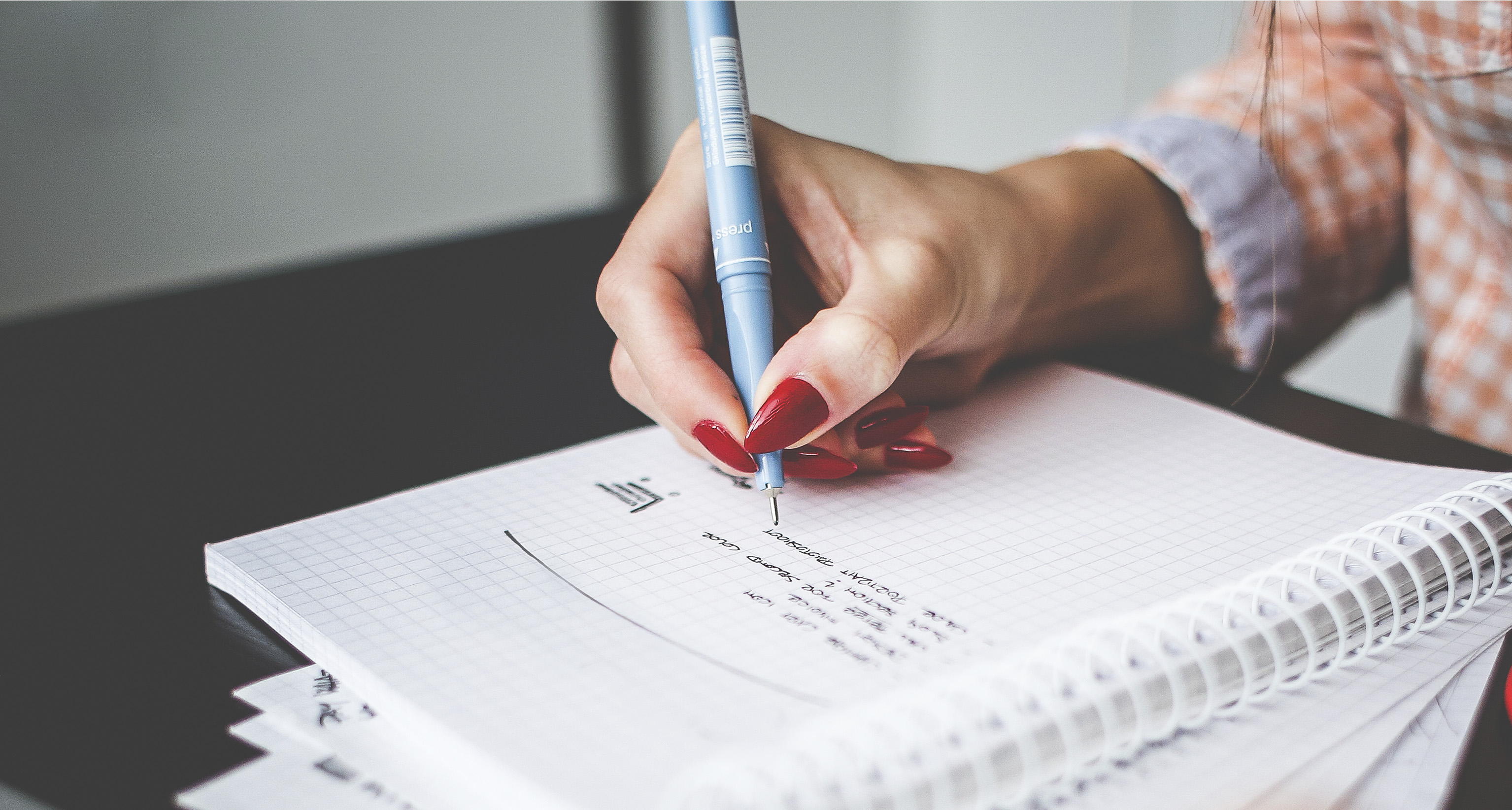 Before you settle for any name, make sure you have more than one, at least five. Here’s why you need to build a primary app name list. It can happen that the fantastic name you want to use has perhaps been thought of before, maybe not exactly, but something related. You’ll also want to choose one that is original and speaks uniqueness to your target audience.

One of the benefits of starting out with lots of names is that you can have a sample size to present to trusted friends and family who can act as unbiased end-users and give you a feel of how they perceive them.

Another benefit of this is that you can check app store name availability to find out if the name has already been chosen before. Not only that, it might not have been chosen as an app name, but it might have been used in other formats before. It could be the name of an offline product or the name of a company. Additionally, it might already exist as a domain name or someone’s Twitter or Instagram handle. You surely don’t want to be accused of being unoriginal.

If you’re stuck in this phase, try to use mobile app name generators to create as many names as you can, and then sift through painstakingly. 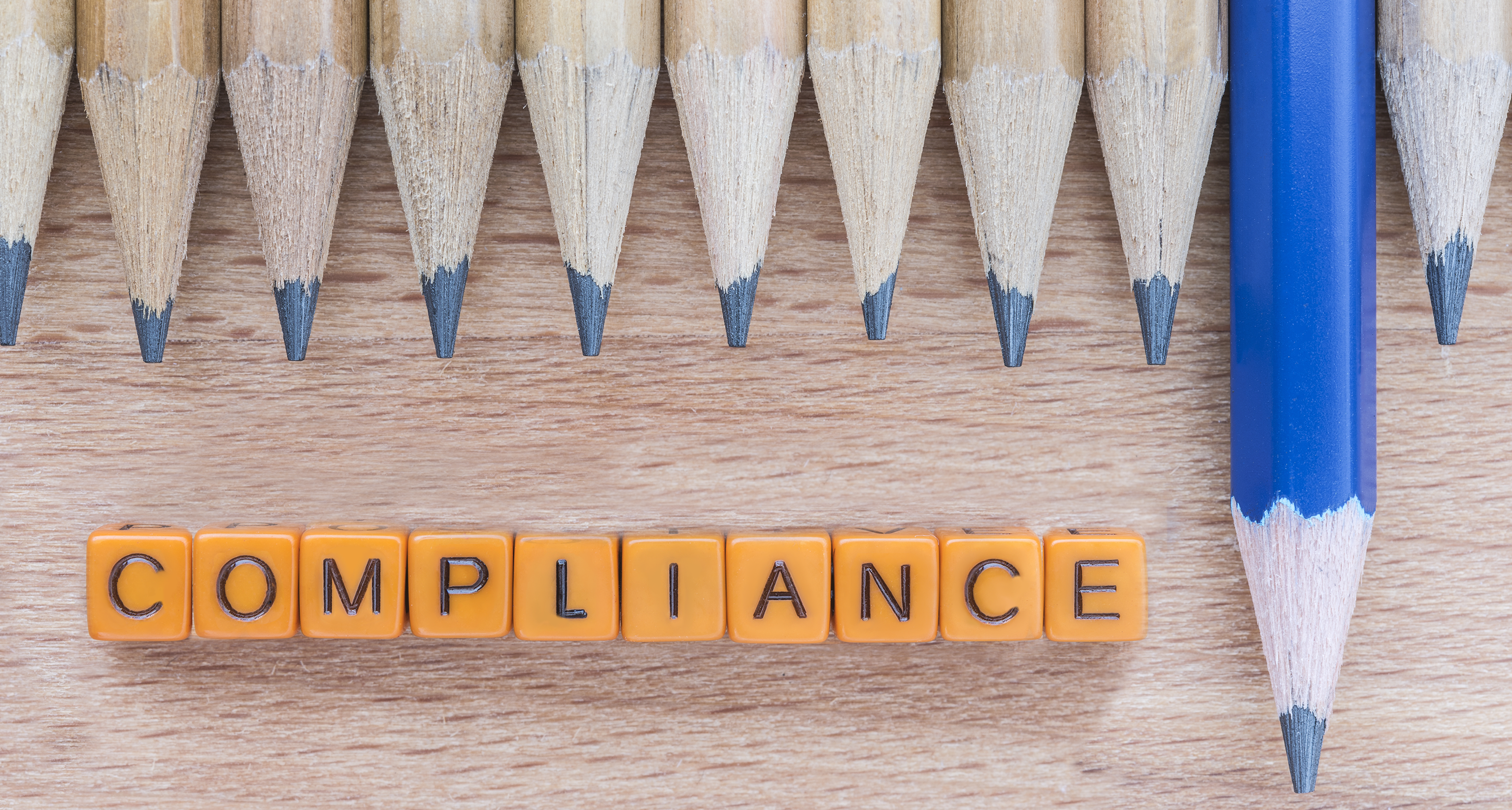 Compliance With the Rules

There are rules of naming that have to be complied with for both, Google Play and iTunes Store. In terms of iOS app name rules, there are two things to note especially in light of the new standards introduced in September 2016:

This has impacted a lot of applications already including popular apps like Apartment.com, whose name reads:

That’s a very long app title, that almost seems like spamming. According to Apple, these lengthy names have no benefit to the users since they are not fully displayed anyways. Moreover, users only see 25 characters out of the iOS app name.

For Google Play too, the case isn’t much different. Developers are allowed 30 characters only for their mobile app names. A perfect example of good app names as touted by Google itself is hotels.com. On the app store, users only see:

If you observe this title, you’ll see that it has a brand name and lists the most important feature of the app, which almost doubles up as the primary keyword for App Store Optimization (ASO) purposes. This is especially encouraged if you’re developing an app for a brand. An alternative to this is using compound words as explained below.

The last thing to note at this point is to always keep up-to-date with the latest rules for both Google Play and the iTunes Store.

Looking for a one-word title for your app can be daunting. You can make the process simpler by using compounds. Instead of racking your brain for simple words, take the primary keyword that explains the app’s functionality and combine it with something related to the application. Take Evernote, for example.

Evernote combines ‘Ever’ and ‘Note’, with the ‘ever’ standing for “your thoughts being with you always” and ‘note’ for an app to “nurture, collect, and share ideas.” Another example is Tweetbot which basically combines Tweet and Robot together. ‘Tweet’ stands for its primary functionality, and the ‘bot’ signifies how it does it – via a robot. 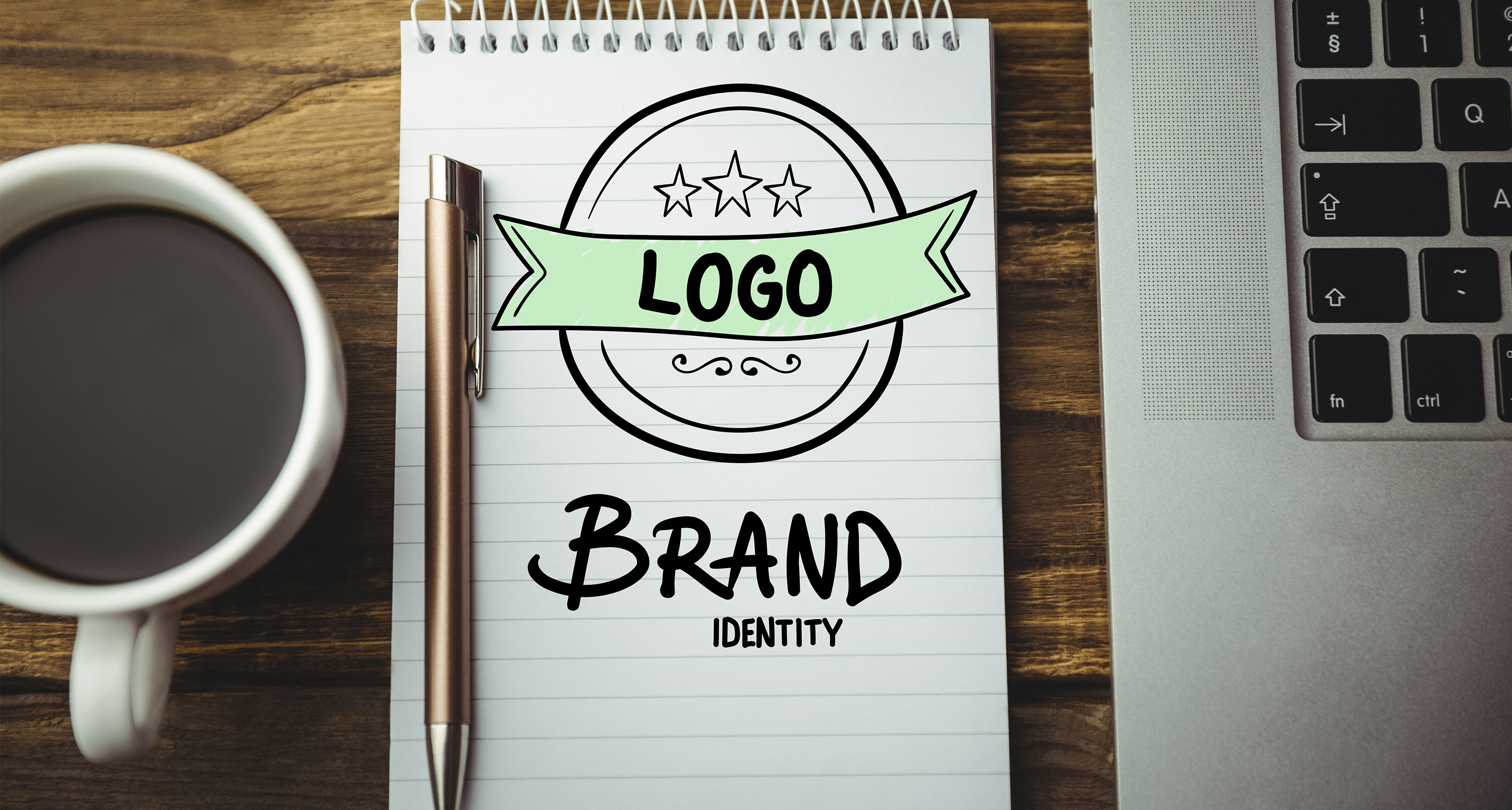 Think About Your Brand

They say that the best names make the best brands, but a note of caution should be sounded about this statement. The brand is not in the name, it is in the total package. You can have a good name and not make a good product. That said, if your app name and your brand are not aligned together, it becomes harder for your audience to create a linkage between the two. That is why you should determine first, what you want to achieve and how you want your brand to be perceived when choosing a name. Don’t forget to take your target audience into account too. Let’s take Twitter, for example. People tweet on Twitter.

So, before looking out for opportunities to create similar rhymes that your users can later adopt, remember that your app is not just an app, it can be a gateway to something greater. When people see Facebook, it reminds them of connecting with their friends, when they see McDonald’s logo, they have a definite picture on their mind, and the same goes for an app like Angry Birds. 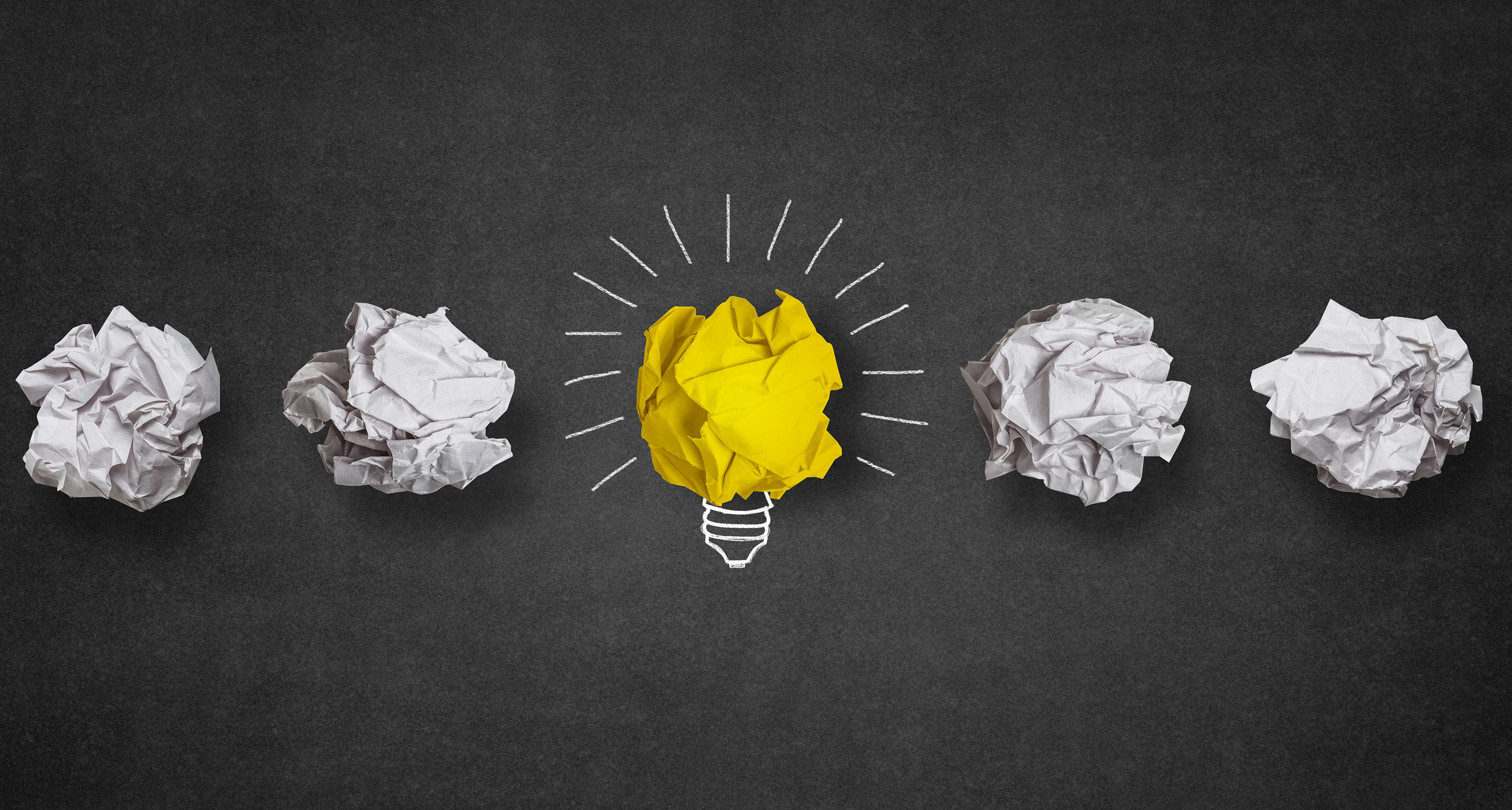 Stand Out From the Crowd

Name memorability usually makes you probe a little further to see what the application does. An app like Shazam quickly comes to mind. It is basically a music app that has over 100 million users. When a user searches for music applications and sees a name like Shazam, they are highly likely to check it out because the title draws. On the flip side, it could also play against you as some people don’t have the patience to find out what the app does. But if the name is truly different and memorable, users are more inclined to check it out first and perhaps do an extra Google search on the app. 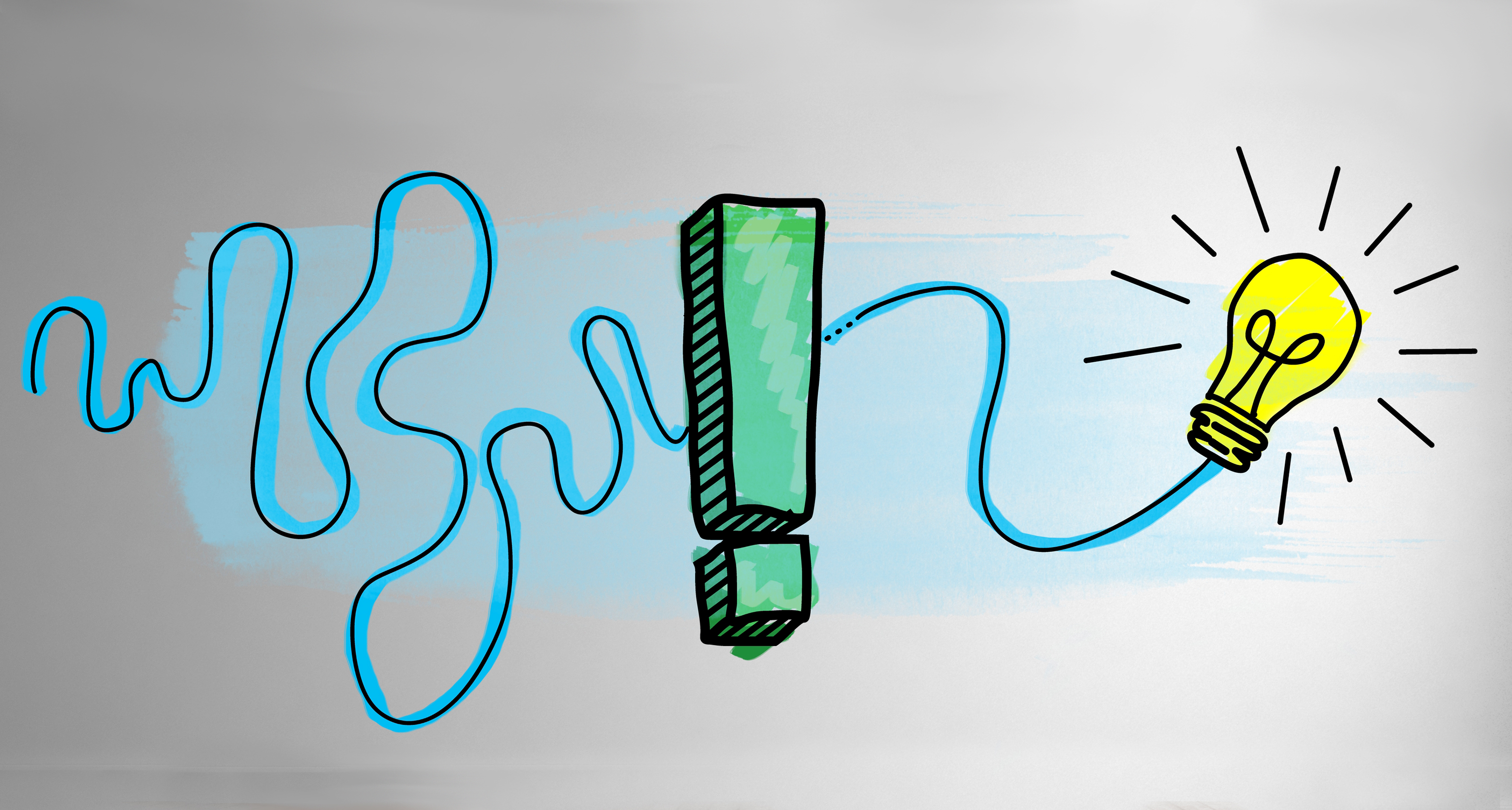 If people are going to find it hard to pronounce your app name or if it sounds like a tongue twister even in the slightest, then prospective users can be thrown off. The part of keeping the name simple is also making it as short as possible. A sure way to ensure this is to limit the syllables to two or three maximum. Think of Twitter, Candy Crush, WhatsApp, Pandora, and so on. It must roll off the tongue with ease. Tell your friends and family to pronounce it to you. If they don’t get it the way you intended it, the chances are others won’t as well. 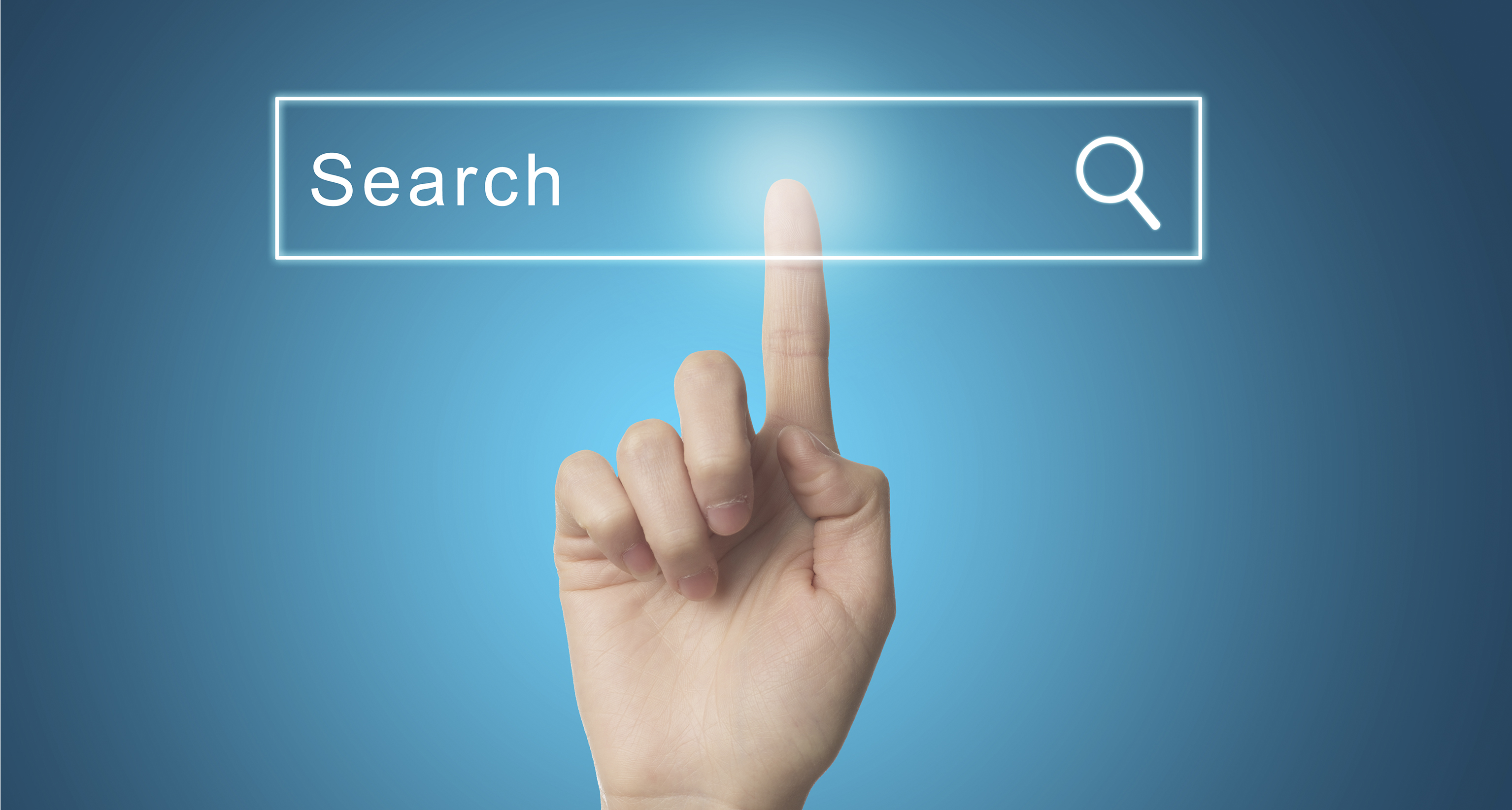 This is probably dotting the I’s and crossing the t’s phase just to ensure your final adopted name is not referenced anywhere else to mobile company names. Try to also search for its different variations to be sure you’re rolling out with a name that is authentic and one-of-a-kind. It also helps to guard you against any legal ramifications. 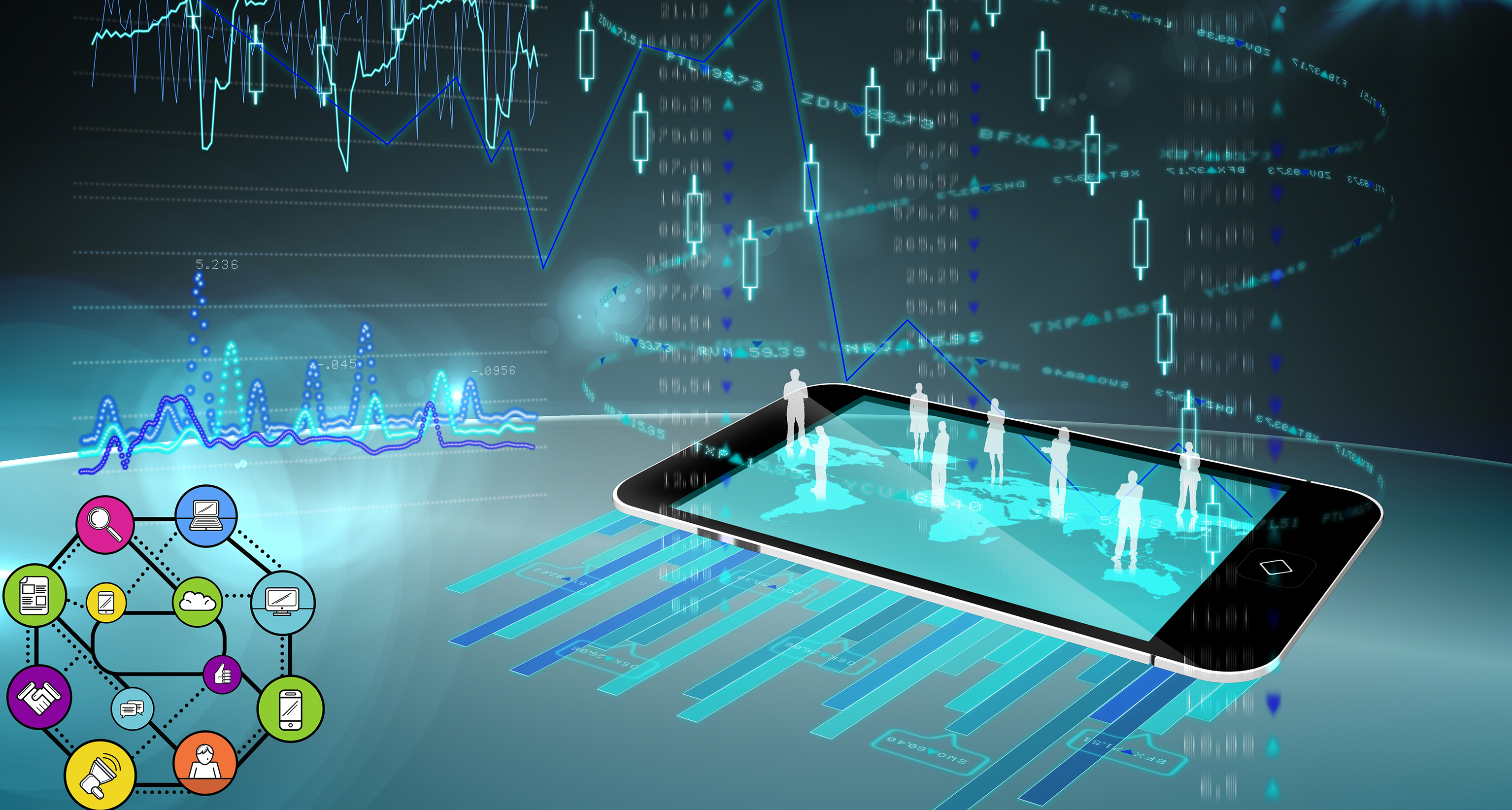 Localization for the Target Audience

Adding metadata and keywords targeted at different countries and languages can add up to your bottom line. Most people prefer browsing and searching for apps in their local language. And since users can change the settings of their App Store to the language they speak, developers need to prioritize their Android and iOS app name localization. 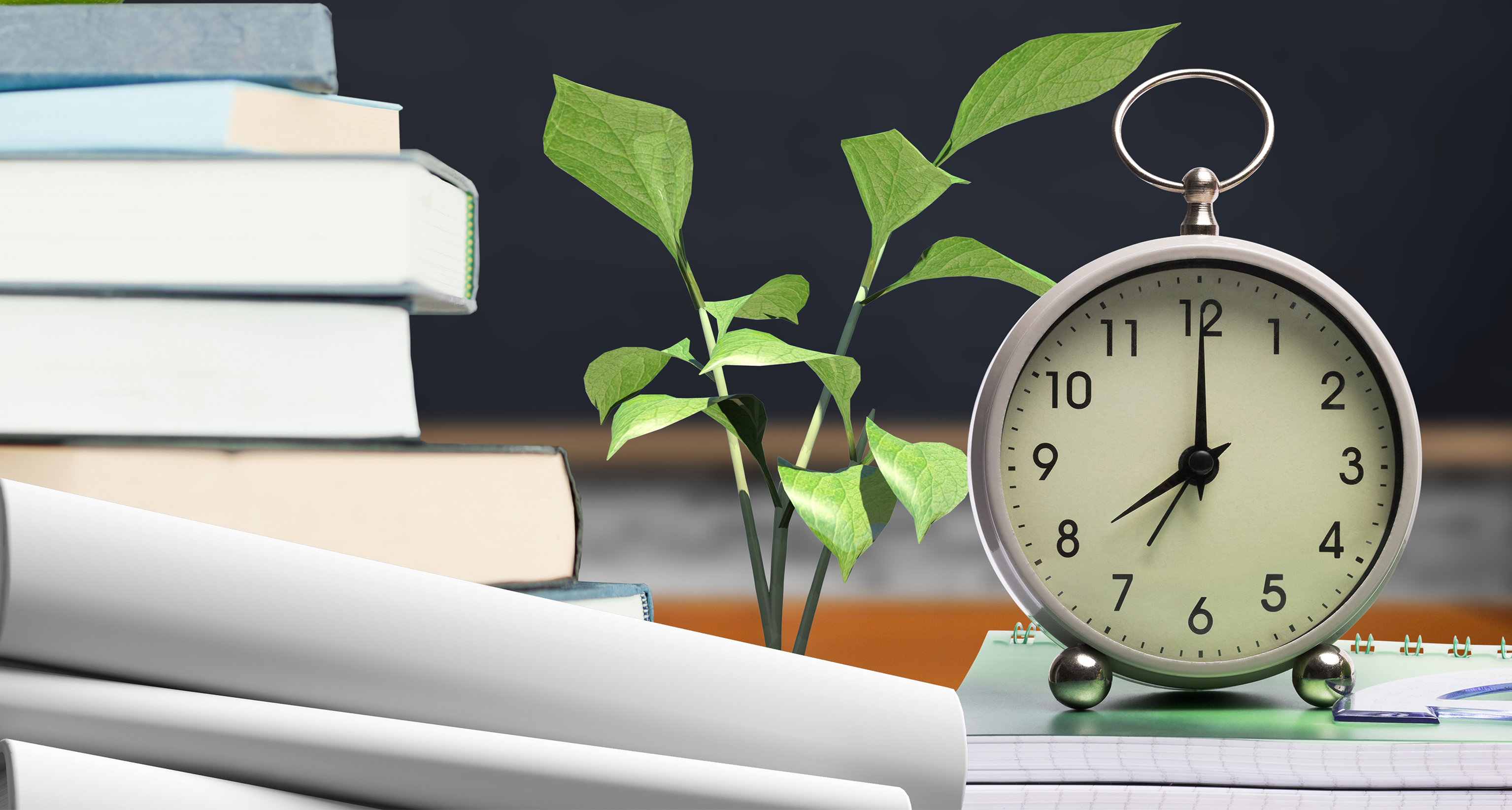 Take Some Time to Think

Your app name is so important that you should not make hasty decisions. Even if your muse lands a seemingly perfect title, it is still necessary to follow all recommended steps to make sure you have everything in order. Sleep over it if you have to and by all means seek input from your friends, family, and even strangers.

The best mobile app names rarely came out of the blues. Most times they are a result of lengthy thoughts and a thorough process. With the above tips, you’ll start reeling off cool app names in no time at all.

Looking for ways to make your app successful?

Get in touch with our team to analyze your project and discuss how we can help you.

Rate this article
4.99/ 5 Based on 382 reviews
Lilia Udovychenko

How Do Free Apps Make Money?