The startup scene is brutal, and it’s amazing how many startup businesses fail and fail in the first year alone – about 22%. Perhaps the maxim: "One day you're the cock of the walk, the next a feather duster," seems very apt as a description. Even if you’re doing all you can, another startup can come and disrupt all that you’ve ever known.

While there are varying statistics on startup failure depending on where you look – for example, some state it’s as high as 9 out of 10 – and the different context, one can still agree that the number is eerily high. This is not to scare intending startup founders, though, but to serve as a warning and to offer smarter and better ways around these reasons for startup failure especially as related to mobile app development.

So, why do startups fail? Let’s review the most widespread reasons.

1. The Product Isn’t Perfect for the Market 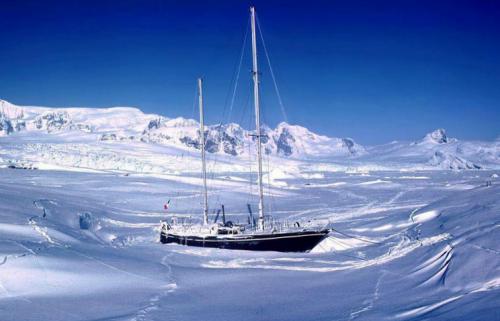 A Product Doesn't Fit the Market

A post-mortem report of startup failure by CB Insights revealed that about 42% of the founders believed the lack of a market to sell to was one of the primary reasons for failing. The product might be fantastic, but sometimes, there aren’t enough people willing to part with their cash for your product.

It brings us to the vitamin and aspirin analogy. A vitamin is nice to have, but aspirin is a must-have. This can be the difference between failure and success for some people. It is, therefore, expedient to have a product that solves a need, and not just a general need, but one needed by a specific niche of people, big and prosperous enough to buy/use your products.

2. Startup Runs Out of Cash 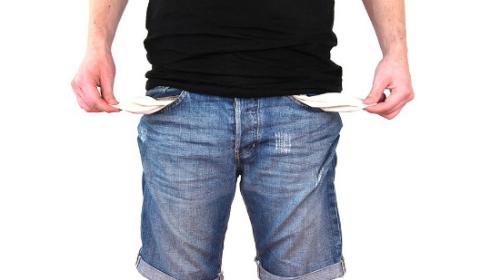 No More Money for a Startup

If content is king on the Internet, then ‘cash is king’ for startups. Therefore, you need to start thinking about funding for your mobile app startup in order to pay vendors, staff, maintenance, and generally to keep the business running.

It’s also imperative to note that cash flow problems may become more full-blown when the company grows at a fast rate especially in a B2B setup where cash inflows are subject to the other party’s lengthy payment terms. Startups with enough cash reserves, however, can survive periods of low sales and low profits than businesses without cash.

A rule of thumb is to always make cash flow forecast ahead of time to enable you to foresee periods where you’ll need extra cash inflow either from yourself, investors or financial institutions. That said, repeatedly needing extra input every now and then without getting significant revenue will eventually force the business to close. This reason also ties to startup founders segmenting their duties and not taking ownership of the company’s finances seemingly because it’s “boring work”. 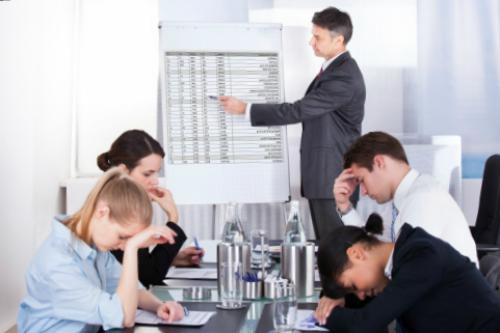 As a startup founder, you should be “working on your business and not in your business,” and the only way that can happen is when you have a great team who can work in the startup and work in tandem with you. Without a great team, founders lose track of what matters most and focus on intangibles when they should be thinking of things like strategy and getting more fundings.

Not only assembling a great team but also putting square pegs in square holes to ensure every department is well catered for. The last thing to note on this point is that the team that you assemble from the beginning must be able to develop and push your minimum viable product (MVP). You should build a team that balances out and keeps one another accountable including the founder 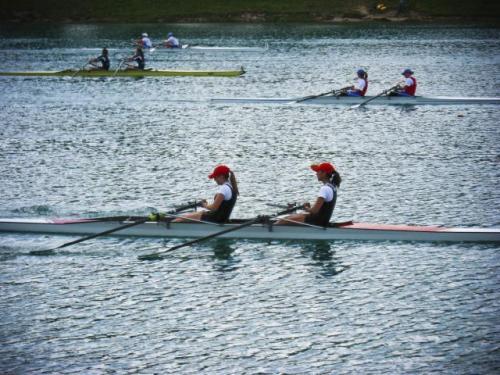 The startup scene is littered with examples of startups forced out of business by competition. A classic example is Facebook booting MySpace out of the social media space. Of course, there’s more to the story, but the key thing is that competition played a huge role in MySpace’s demise.

The article about the role of competition for startups on Harvard Business Review (HBR) also reports that startups launched in crowded markets are more likely to fail in their first year. However, competition is not all the way a bad thing. The same article on HBR also cites that startups that survive this early competition are better for it and often survive more than three years.

While not obsessing on competition, you should pay enough attention to your competition using innovation and adopt a more user-centric approach to gain a competitive advantage. 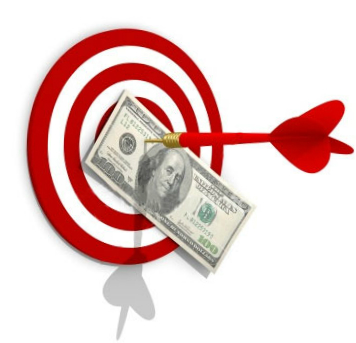 Decide on the Right Price

Pricing is much more than putting a value tag on your products and services, it is both an art and science with intricate details of both marketing and subtle psychology. You don’t want to overprice your products and under deliver on your promises. Either way, you also don’t want to undervalue what you have. This puts startup founders in a quagmire, which can lead to eventual closure if not properly attended to.

One of the oft-observed lines of action for founders is to leave their product free even when it is obvious people will pay for it. Another one is to set the price very low initially and avoid raising the price even in the face of increasing app development startup cost. 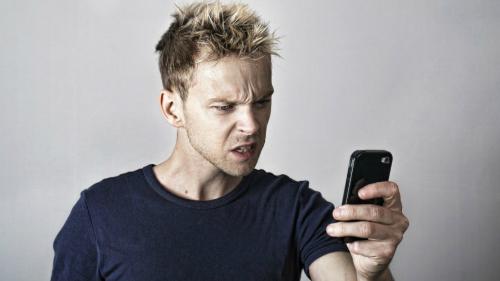 Again, let’s go back to the example of Facebook and MySpace. Facebook as a social media platform wasn’t really different from MySpace. The most notable difference was that Facebook was easier to use.

Another example is Google. Google wasn’t the first search engine, but the company simply streamlined the process and made it easy to search for things on the Internet.

You cannot neglect the user’s needs and desires. And what makes it more demanding is the fact that creating a user-friendly product is a continuous journey that requires getting constant feedback from users and customers. This is essential to keeping customers happy with the superior user experience.

7. Lack of a Business Model 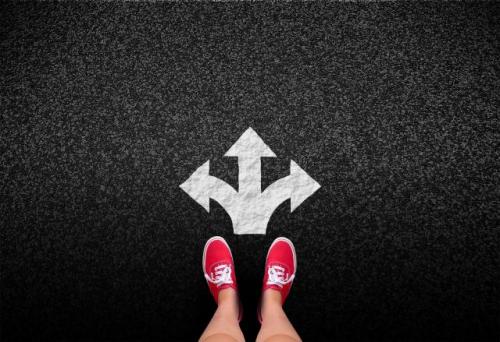 The idea is fantastic, there is an eager market for it, but sadly there is no strategy to monetize the idea or in some other cases, monetization is tied to a single channel. And if there’s no way to monetize the business, then the business will not scale and will end up failing in the long run as it can’t attract investors.

LinkedIn, for example, makes revenue from ads as well as offering more features to premium users. With this, traction can be split to yield a result in multiple ways; if a customer doesn’t sign up for premium, traffic from their end can be utilized for marketing purposes. You simply have to have a working customer development plan for your app startup.

Identifying your niche market, their pain points, and clearly and creatively communicating how your products and/services solve their needs enables you to reach out to your target audience. And the challenge for most startup founders is that most lack neither the skill to market nor the time to do marketing, with their head buried on coding or other more natural-fitting tasks. Even if the numbers have been growing organically, there’ll come a time when more effort will be required. What this means is that startups need to think of marketing from the onset and create an app strategy to ensure loopholes, as explained, are better dealt with. 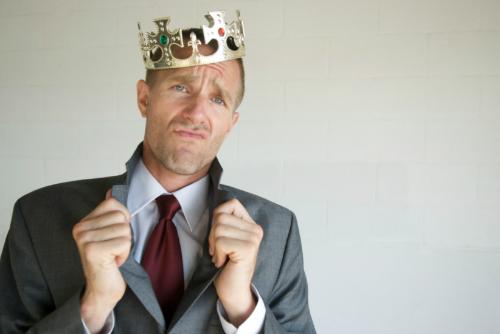 When startups start out, the amount of rigor used to focus on customers is always top notch. But after a while, with more customers trooping into the business, startups begin to take things for granted. Customer feedback whether written or in body language needs to be addressed and adapted to the business to improve customer experience. Customers who give feedback are giving you an opportunity to earn their loyalty.

When startups fail in this regard, customers move on to places where their concerns and feedbacks are taken more seriously. Have systems in place to get feedback from customers per time across all interaction points with the company and use these feedbacks to improve these touch points.

10. Wrong Product Timing for the Market 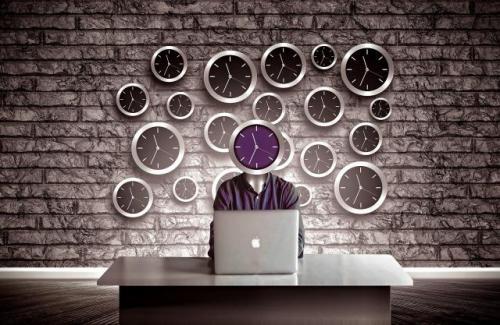 Timing can play a major role in a startup failure equation. For example, when YouTube started out, there were other video streaming sites already out there. However, YouTube came at a time when fast speed Internet was growing in leaps and bound. As such it came at a point when the competition had not grown enough to make them irrelevant.

The hardest thing about timing is that most times, it’s mostly dependent on gut feeling and less on research; and of course a bit of luck. Also, asides the timing into the market, there are also other timing issues around hiring and firing, budgeting, cost and revenues, and all other key decisions startups have to make.

So there you have it, the list of reasons, which founders who have presided over failed startups have noted caused the demise of their businesses. Learn on somebody else’s mistakes to build a smarter and better startup business. Eschewing yourself from these factors will significantly prop up your chances of success.

Want to build a successful startup?

We developed goPuff, a company that started as an idea of two students and grew to a prosperous e-commerce business.

If you want to create a great startup, contact us for custom software development services.

Rate this article
4.97/ 5 Based on 371 reviews
Lilia Udovychenko