This coin concept is based on my experience with the OVO (Ovato coin). The coin was designed by the company Bitovation to replace Bitcoin as the reward coin for making purchases on their platform. Currently, they advertise over 2,000 national brands with shoppers rewarded with Ovato.

A crypto token is a virtual item that defines the value of a cryptocurrency. The token represents an asset based on the blockchain platform and allows token owners to accumulate, invest, and trade them.

Sequoia Green Token is a Binance-based (BTC) token designed to support community-centered social networks and reward the users with tokens for activity and content contributions. The foundation that drives token success is the future Sequoia Green Platform, uniquely designed for user participation and decentralized content sharing. 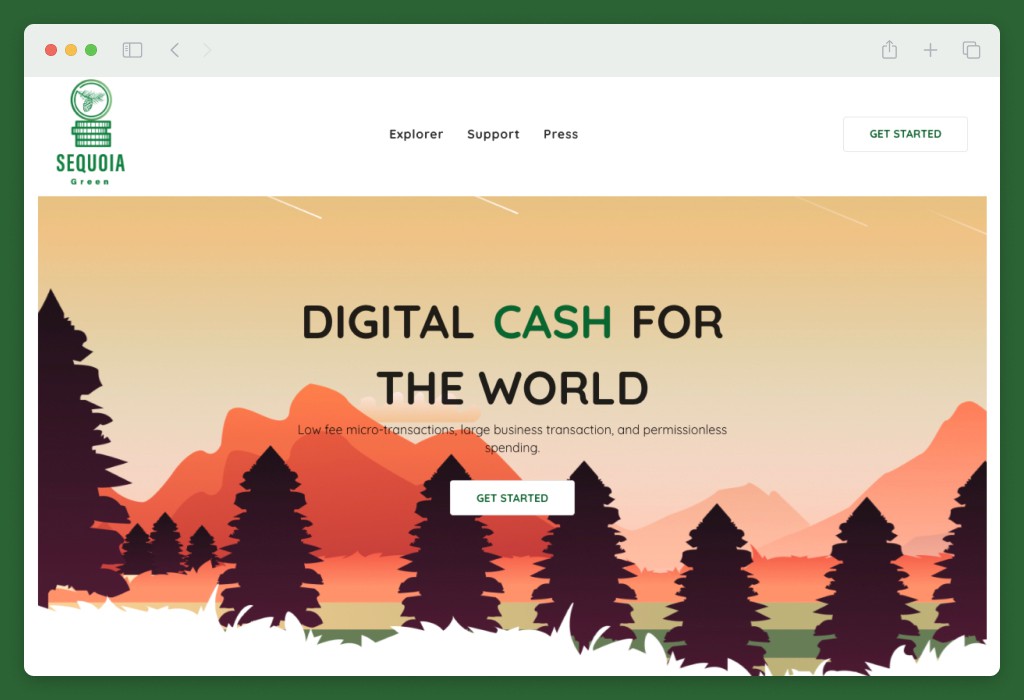 These days, the social media suffers from centralized control taken over by a few dominant players. There is some discussion that this control limits users' options and freedom of expression.

Therefore, the client thought about ways to attract new users and innovative ways to encourage them to increase activity and content creation freely.

Blockchain architecture, on which any crypto project is based, provides a decentralized structure that enables information sharing within an ecosystem with no single entity exclusively in charge.

Sequoia Green Token is poised to be a tier-one token for future independent distribution platforms, with its own economics and rewards for content creators and consumers.

The following project goals were formulated:

Each specific user action will be awarded points, for example, liking a post, leaving a comment, or making a post or an article. Once a user accumulates a substantial number of these points, let’s say a thousand of them, then it is possible to withdraw this reward.

This way, the target audience not only uses social media for its direct purposes but also participates in project development, gains profits from capitalization, and can be part of the decision-making team.

Next, we describe the key phases within this project for crypto-based token creation. Then, step by step, you will understand what it takes to develop your unique token.

The initial step of any token creation relates to white paper documentation development. 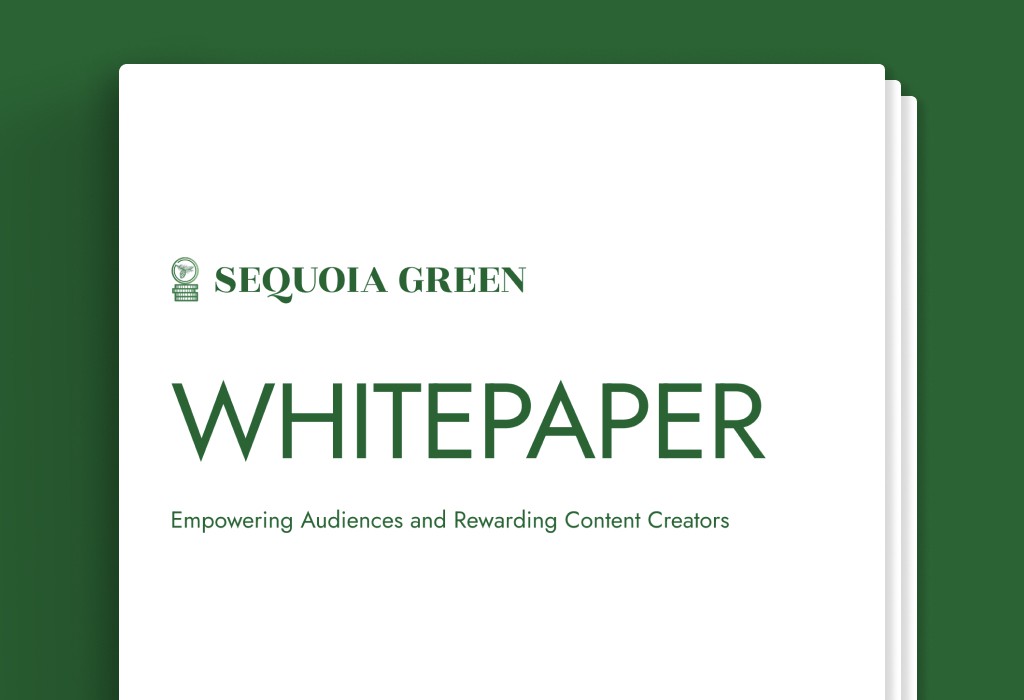 Any tech project related to crypto starts with this task since it is necessary to describe the number of tokens to be released, explain the price per token, and also explain the whole ongoing flow of the crypto-related project. As well, it relates to the use cases of the tokens and how and where to use and interact with these assets.

Thus, the paper outlines the approaches necessary for industry-wide adoption of the token and the advantages of the Sequoia Green Token, in particular. Developers have drafted this documentation explaining the technology behind it and the project's aim.

Due to its price-quality ratio and analysis of other platforms, the decision was made to use the Binance exchange platform as the basis for the token.

Initially, we conducted market research and compared key crypto platforms to look for the best match for the Sequoia Green Token.

The following table compares a few key factors to serve as the basis. 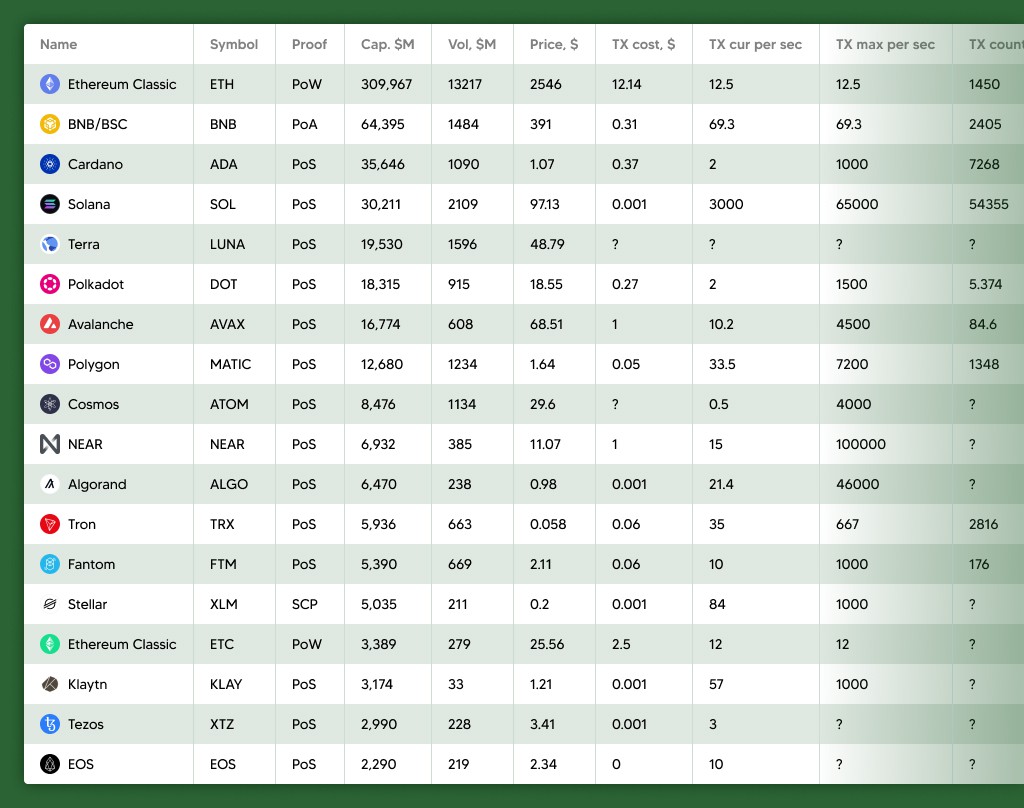 For example, Solana is a platform built on the Rust programming language, and now relatively few engineers know it at a reasonable level, making the development price pretty high.

In turn, Tron does not have the infrastructure for issuing tokens and it is hard to operate with wallets, decentralized exchanges, and integrate with any such services.

The rest of the platforms are either more expensive or slower.

As a result, Binance appeared to be a cheaper alternative with good infrastructure, a vast community, and many potential customers and developers because the network is generally known and understood.

Binance also provides access to the ecosystem with its own launchpads and supports the most commonly traded cryptocurrencies.

Phase 3: Development of a Landing Page

Next, our team designed a landing page to present the Sequoia Green Token, its benefits and rules.

Next, you can see the chosen color scheme for the landing page. The first stage involved exploring user experience and crafting wireframes. 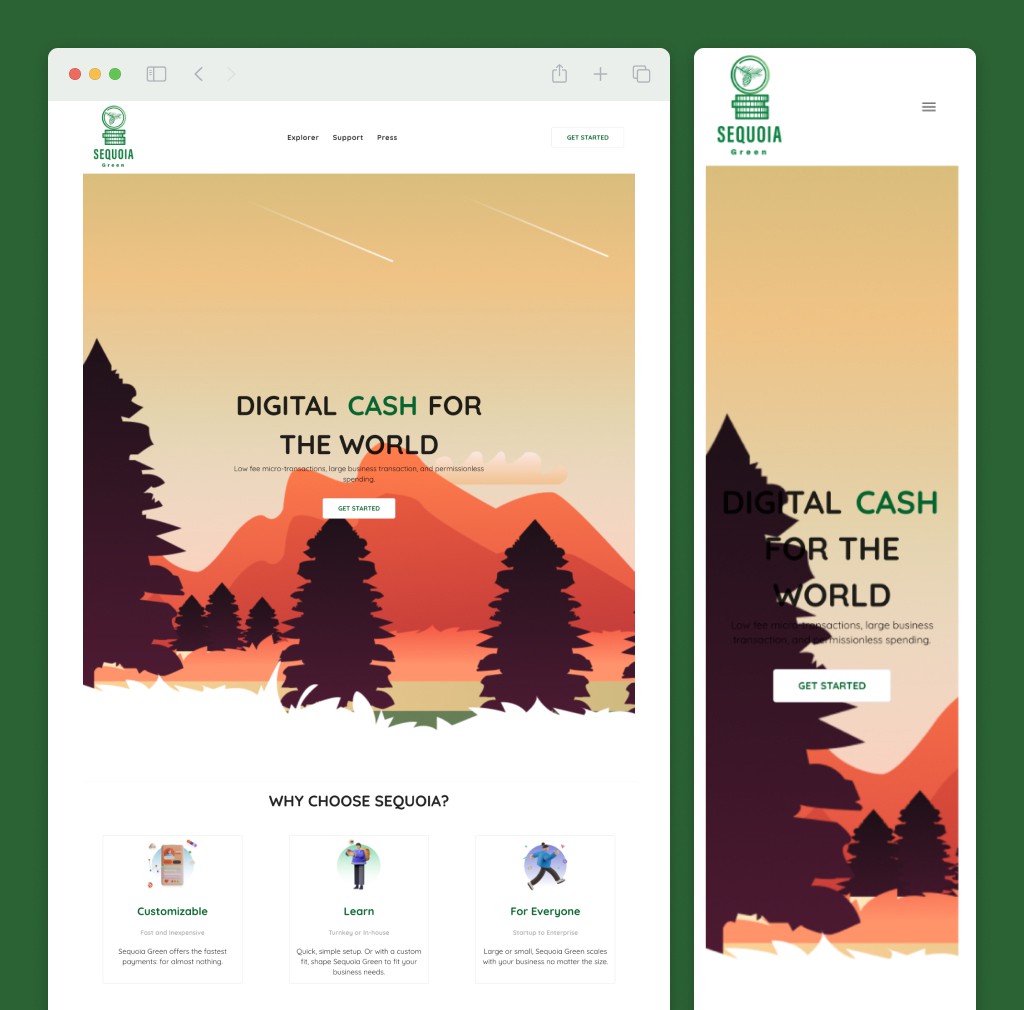 For the first version of the system, the team developed the following functionalities:

The project team consisted of the following specialists:

All the work on the token’s development lasted 10 sprints according to the Agile software development methodology and accounted for around 400 hours.

The software development company continues to work on the application following its successful release. The latest update was released in March 2022.

The next step will be to have the token audited by a third party, an independent service to sell the issued token. 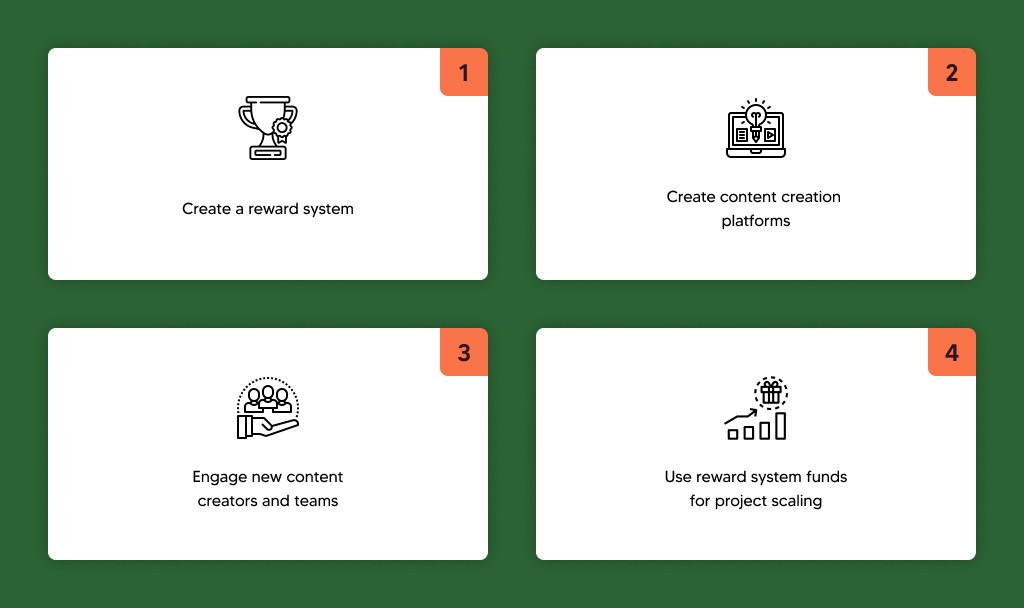 After that, the plan is to apply for funding and scale the system further to create a decentralized Sequoia Green Platform and make it censor-free so that everyone has a right to share opinions.

Compared to more traditional, centralized social media, this new solution provides reimbursement for content and opportunities to address issues with the current state of social media and allows for truly free expression.

Furthermore, these networks often rely on public-key cryptography for account security rather than depending on a single organization to protect user data. Too often, we have seen breaches of security leak personal information due to a centralized network setup.

Thus, the advantages of the Sequoia Green Token and future Platform include:

Looking for a tech partner for innovative crypto project creation?

Contact our team for a detailed consultation and the possible implementation of your next idea. We can advise you on the best execution from both technical and business standpoints.

Drop us a line

Rate this article
5.0/ 5 Based on 31 reviews
Discuss your business and tech needs
Book a consultation now
Related articles

How to Create a Cryptocurrency: Coins vs. Tokens, Tech Matters, & Examples

Future of the Blockchain Technology: Use Cases, Risks and Challenges