How Much Does It Cost to Build an MVP?

“You’re selling the vision and delivering the minimum feature set to visionaries, not everyone”
(c) Steve Blank

Just to outline, an MVP (Minimum Viable Product) is not an initial step in project development but it is an initial result. In order to develop a minimum viable product, you have to do some homework first. It includes building a marketing and business strategy, preparing detailed specifications and requirements for your project idea. Using simple and free tools will make it easier and is highly recommended. This is partially an answer to the question “how to create a minimum viable product” but there are still some things to be clarified. 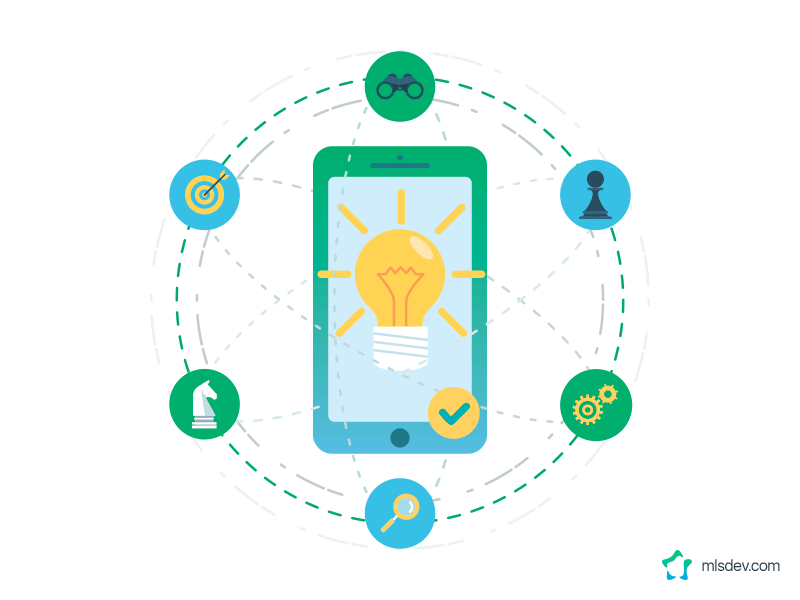 Complex Approach to Building an MVP

Why Your Startup Needs an MVP

First, let’s see and understand, who actually needs to begin with an MVP. Today, building an MVP is a commonly used approach in the IT industry and software development. So, for a startup, this is a good starting point which defines a proper plan for its launch and growth. An existing, well-established business may go with an MVP when they are trying to bring a new product or a new solution to the market.

In general, developing an MVP is a proper method to start something brand new and in some ways, you may apply this approach everywhere. Its key aim is to reduce resources, save time and provide your potential audience with a solution quite quickly to get real and useful feedback.
No matter whether you are going to build a web or mobile application, it is highly recommended to start with an MVP. Eventually, you will have a mobile app or a website which will present key features of your product.

So, how much does it cost to make an MVP? Basically, the answer can be based on the approach to calculating the most precise app cost used by our team. We will be going through the same steps established by our process and proven by the project examples that followed it.
Some of the general types of MVP may stand as: 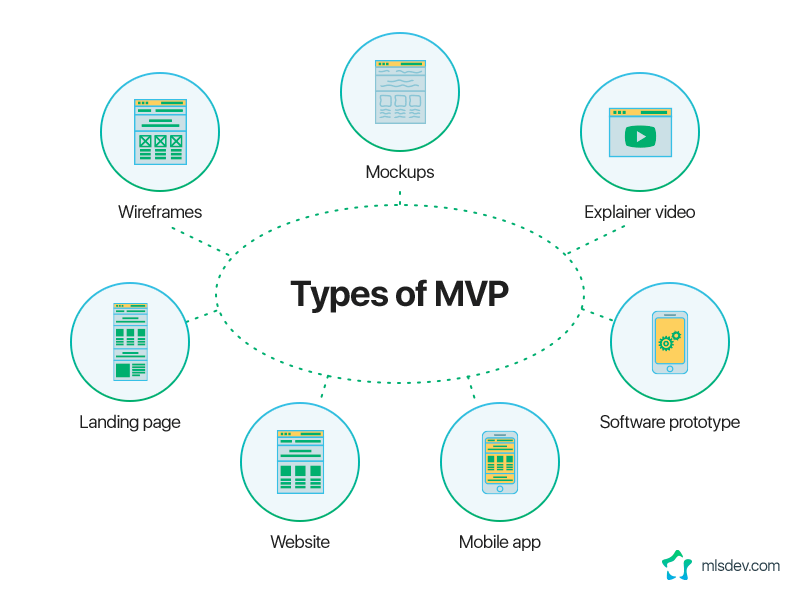 Of course, there are several certain aspects based on which you can make a decision about what type is preferable in your case. However, it mostly depends at what stage you are (e.g. looking for initial feedback, trying to sell an idea or already waiting to see how your real audience behaves and use it).

So let’s say we are ready to develop a minimum viable product and have done our initial homework. The first question that might come to mind is actually how to proceed and what an MVP development cost will be.

There are several ways to continue with:

As you see, most of the options do require some investment and this is a good point to be ready to establish a concrete budget that you are going to spend on your MVP. At this stage, it is also important to know how to choose an app development company. Once you find some options, feel free to share your requirements and budget details so you could have a constructive discussion with your further partner. Mobile app development companies tend to provide useful and valuable feedback as well as list and explain details on a process which is more suitable for your MVP.

How Long Does It Take to Develop an MVP?

Taking into account the Lean Startup approach together with our expertize and experience, we can conclude that the first version of MVP should not take more than four months. It should be noted that this time includes not only development in the meaning of programming but also design stages (UX/UI) that are an integral part of building an app.

So if to consider that MVP development pricing is based on the timeline from 2 to 4 man-months, there is a possibility to calculate an approximate budget using average rates of mobile development companies.

If you look at the survey which was held by Clutch.co the price may vary from $25 up to $150 per hour for one developer. Assuming that a mobile app development company will work on your project 40 hours per week and taking the 2 - 4 man-months period we get the following calculations: 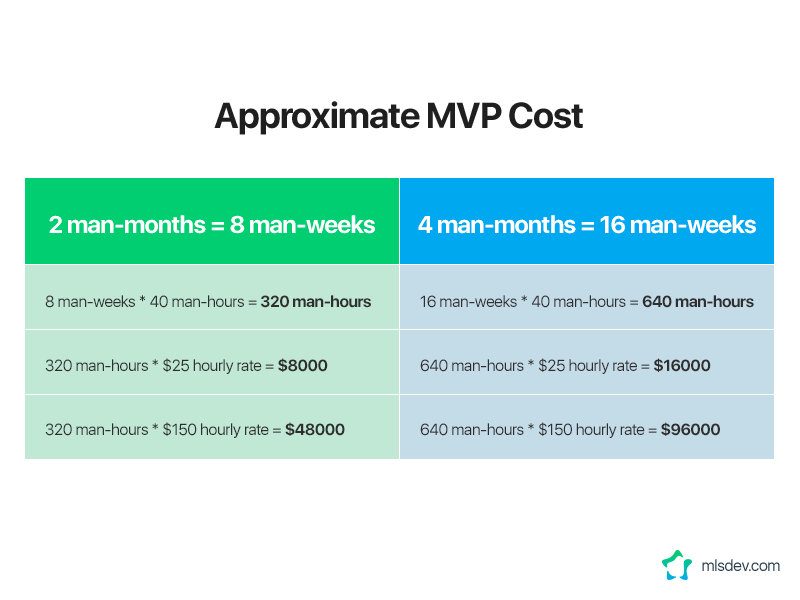 As you see, the initial budget varies a lot and depends on a company’s hourly rate and the number of developers involved. For example, if your app is built by two software engineers the price doubles. However, based on the calculations above we may get an understanding of a rough sum of money required.

So, if you ask again “How much does it cost to build an MVP?” our answer will be as follows: between $8000 and $16000 at the lowest rate and from $48000 up to $96000 at the highest rate. These numbers are considered the average cost to develop a minimum viable product but it all depends on the project complexity. Each one has its own specificity that influences a development timeline and budget.

You shouldn’t expect impossible things from your development team if you have decided to stuff your project with everything at once. In this case, the time for development will be definitely longer than the period described that will respectively increase the price. The set of requirements and features should be limited and possible to implement within 2 - 4 man-months in order to meet the above-stated budget.

Choosing the Right Technology Stack for Your MVP

Once we clarified an approximate budget and timeline of the MVP development, another good point is to set and identify an appropriate technology stack. If you are tech savvy you may set requirements for the technologies you prefer and that might be another criterion when choosing an appropriate app development company. Another commonly used option is just to ask for recommendations and see what your potential development team can suggest.

While planning to launch a startup and build an MVP, you probably also consider using some ready-made solutions that can be easily integrated or even hybrid development platforms. They are believed to be efficient in reducing resources. Our experience shows that this is only an illusion that may cause unexpected difficulties in the future. Going with native solutions is one of the best ways to proceed. You can be sure about the further management of your project as well as its growth.

As an example, Ruby on Rails framework is actively used for back-end development, which shows a stable and scalable work. Its community is constantly growing which can be a proof that further updates will be implemented. This means that projects using it won’t be forced to migrate to other platforms if something goes wrong. With mobile platform technologies, everything is simple: Swift is the best option for iOS as well as Java is for Android.

Of course, you are the one who will be making a final choice and a decision. However, we do highly recommend to consider that technology stack and have a closer look at it. 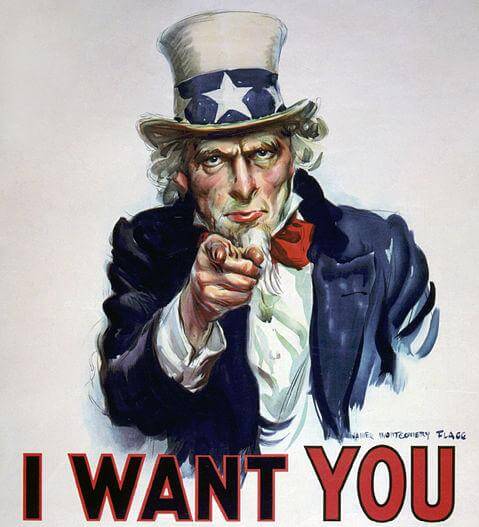 Don’t hesitate and start building a Minimum Viable Product for your startup!

We at MLSDev are happy to share our rich experience and provide our web, iOS and Android app development services to help you make your idea come true. Going through a transparent and step-by-step process, carefully listening to your requirements and providing our recommendations we will establish a successful project together with you.

Rate this article
5.0/ 5 Based on 193 reviews
Lilia Udovychenko

How Much Does it Cost to Build a Website